The national lockdown was tough on virtually every business in the UK but, no industry was hit harder than the leisure sector. The lockdown completely stopped hotels, venues, pubs and sporting facilities dead in their tracks. This blog looks at the effects and impact on Gray Manor Hotel through the eyes of Allan Gray, the co-owner of the hotel, as he looks back at the timeline of lockdown, the impact and lasting effect on the Cholderton-based venue.

Allan and his family purchased the historic hotel in July 2015, refurbished it, and re-launched in January 2016. The venue is known as not only a picturesque hotel but also an ideal location for 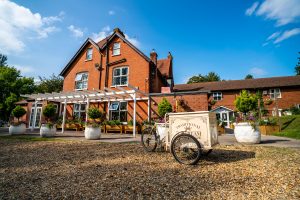 weddings, conferences and exhibitions with 25 stylish bedrooms, a restaurant and bar set in almost 5 acres of beautiful gardens and parkland. It can comfortably host up to 200 guests and is conveniently located just off the A303.

Allan recalls the time before Covid became a real threat in the UK; “The leisure industry was buoyant! Gray Manor had a booming wedding offering with virtually every weekend in 2020 booked. The market was competitive, and price was a factor, but demand was strong, and we were looking to make renovations to the hotel and grounds whilst bolstering our corporate hospitality offering”.

Then news began to filter through from China about the Covid virus.

Allan continued “In January 2020, we started to hear about the Corona virus but at the time it seemed like a far away problem. It was similar to the SARS outbreak in 2002, so we were not too concerned. Even our Prime Minister seemed relaxed as he went about his duties”.

However, as January made way into February, it became clear that the threat was real and had arrived on our shores. The concerns started to creep in as business owners across the country began to worry where this potential disaster would lead. This was not helped by the initial radio silence delivered by the government who kept reiterating their message of “don’t panic”.

Allan said, “In late February and early March 2020, we began to get really concerned as cancellations began to increase and new bookings began to slow dramatically”. The Gray Manor team began to explore their future plans. “We were forced to look at our options and how we could continue to move the hotel forward but the situation was so different to anything I have ever experienced. We simply didn’t have any answers. We saw demand drop by 90% in 2 weeks! ”. 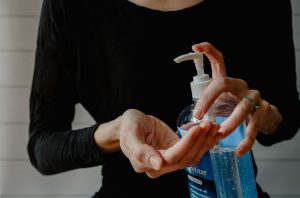 Then on the 23rd of March 2020 Boris Johnson announced a national lockdown.

“We were in despair” explained Allan. “We saw all bookings cancel and no new enquiries coming through at all. However, the real panic set in when apparently we were still expected to pay full business rates, utility bills not to mention suppliers. We spoke to our insurance company with reference to our business interruption policy, but it was clear they were not going to cover this within our policy without a significant legal battle”.

The venue’s worst nightmares looked to be coming true. Allan explained “The silence from the Government in those first few weeks was deafening. We felt isolated, confused and totally alone” Allan continues “Those first few weeks were the worst since we opened our first hotel in 2012. We began to think this may even be the end for the hotel”.

Fortunately, the Government announced their support package which was truly life saving for much of the country’s troubled leisure industry. “The announcement of the furlough scheme was a huge relief. We are a very close team with many family members also depending on the survival of the hotel. This announcement assured we could keep all our staff employed during these tough times. Allan explained “Whilst the furlough scheme was the most important factor, two other measures were also key:  the announcement of the remission of business rates for the hospitality sector –  this saved the venue around £1500 a month which was a godsend; the other element has been the payment of outright grants to the hospitality and retain sectors. 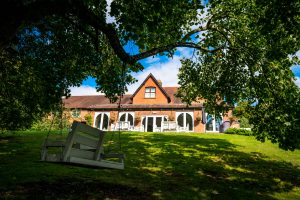 It was not just the Government measures that helped the business look forward with some optimism. “Once the Chancellor had made his announcements, we found that our bank was far more approachable and willing to offer assistance. They provided repayment holidays, an increased overdraft facility and improved borrowing rates. All of these measures gave us a reason for optimism, but we und

erstood we still needed to look at ways to bring in revenue whilst confronting an increasingly uncertain future”.

Allan comments “As I look back now, I think the UK Government has been quite organised and measured in the financial support it has given to the hospitality industry. We also received a grant and took advantage of the bounce back loan”.   Allan explains his only criticisms of the Government’s financial support package are that  “This was a really troubling time, and the financial assistance kept our industry afloat but whilst I understand the rapid response needed, I would have liked to see more measures to assure these support measures were not abused, and I also feel the CBILs loan system was not thought through”.

Please look out for the next instalment in this series of blogs where Allan discusses how the business pivoted to increase demand and the new challenges facing the hospitality sector.

This website uses cookies to improve your experience while you navigate through the website. Out of these cookies, the cookies that are categorized as necessary are stored on your browser as they are essential for the working of basic functionalities of the website. We also use third-party cookies that help us analyze and understand how you use this website. These cookies will be stored in your browser only with your consent. You also have the option to opt-out of these cookies. But opting out of some of these cookies may have an effect on your browsing experience.
Necessary Always Enabled
Necessary cookies are absolutely essential for the website to function properly. This category only includes cookies that ensures basic functionalities and security features of the website. These cookies do not store any personal information.
Non-necessary
Any cookies that may not be particularly necessary for the website to function and is used specifically to collect user personal data via analytics, ads, other embedded contents are termed as non-necessary cookies. It is mandatory to procure user consent prior to running these cookies on your website.
SAVE & ACCEPT